We have a great team of knowledgeable and friendly coaches at High Five Fitness. Our coaches are here to guide you through every workout safely and effectively. Not only are they great leaders, but they are awesome individuals with various fitness backgrounds and experience. Check out OUR TEAM page to read a little about each of them. 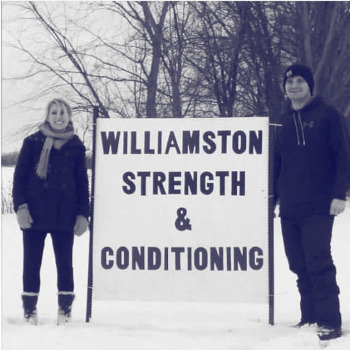 As Nate and Emily continued to expand their business, they realized how important fitness was to the Williamston community, so in 2017 they decided to open their gym up to a variety of different fitness options. They added several coach-led Spin classes, as well as yoga, and other exciting opportunities for athletes of all ages.

In July of 2019, they decided the gym had outgrown the current rental space and needed a building to officially call "home". They purchased an old storage warehouse in downtown Williamston and worked tirelessly over the next several months to turn the storage building into a premier fitness facility. They are now the proud owners and operators of High Five Fitness.

We are located just south of downtown Williamson and north of I-96 at 417 S. Cedar St.. You can see our building from the railroad crossing on Putnam St. (the second large warehouse). Our main entrance and parking is on Railroad St. 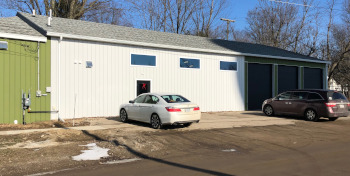